The difference between prose and poetry…. Marge Piercy 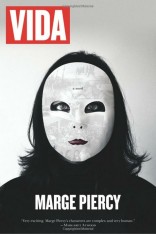 In 1999 Marge Piercy wrote a long feature for The New York Times identifying and expanding upon her processes and sources of inspiration when writing novels and poetry. Moving between poetry and prose is the secret to avoiding writer’s block, she maintains, and her reflections on both forms and where they come from is illuminating and generous.

I believe that writers never stop learning. I’m always keen to hear and share what others have said about process and creativity – what this blog, in different approaches, is all about. When not documenting or reflecting on my own collaborations or processes, I’m constantly trawling through old journals, periodicals and the internet, seeking advice, camaraderie, solace, understanding and wisdom. If I’m despondent, or frustrated, or unclear about what to do with my own work, reading the thoughts of other writers invariably works as a remedy, or at least shifts something in me. So as another strand to this blog, ‘Writers on Writing’.  What follows is an edit from Marge Piercy’s original essay, but it is a masterclass. Enjoy.

Life of Prose and Poetry — an Inspiring Combination

….Sometimes I say that if a writer works in more than one genre, the chances of getting writer’s block are greatly diminished. If I am stuck in a difficult passage of a novel, I may jump ahead to smoother ground, or I may pause and work on poems exclusively for a time. If I lack ideas for one genre, usually I have them simmering for the other.

I am always going back and forth. It’s a rare period that is devoted only to one. That happens when I am revising a novel to a deadline, working every day until my eyes or my back gives out, and when I am putting a collection of poetry together, making a coherent artifact out of the poems of the last few years and reworking them as I go….

Poems start from a phrase, an image, an idea, a rhythm insistent in the back of the brain. I once wrote a poem when I realized I had been hearing a line from a David Bryne song entirely wrong, and I liked it my way. Some poems are a journey of discovery and exploration for the writer as well as the reader. I find out where I am going when I finally arrive, which may take years.

Poems hatch from memory, fantasy, the need to communicate with the living, the dead, the unborn. Poems come directly out of daily life, from the garden, the cats, the newspaper, the lives of friends, quarrels, a good or bad time in bed, from cooking, from writing itself, from disasters and nuisances, gifts and celebrations. They go back into daily life: people read them at weddings and funerals, give them to lovers or soon-to-be ex-lovers or those they lust for, put them up on their refrigerators or over their computers, use them to teach or to exhort, to vent joy or grief.

The mind wraps itself around a poem. It is almost sensual, particularly if you work on a computer. You can turn the poem round and about and upside down, dancing with it a kind of bolero of two snakes twisting and coiling, until the poem has found its right and proper shape.

There is something so personal and so impersonal at once in the activity that it is addictive. I may be dealing with my own anger, my humiliation, my passion, my pleasure; but once I am working with it in a poem, it becomes molten ore. It becomes “not me.” And the being who works with it is not the normal, daily me. It has no sex, no shame, no ambition, no net. It eats silence like bread. I can’t stay in that white-hot place long, but when I am in it, there is nothing else. All the dearness and detritus of ordinary living falls away, even when that is the stuff of the poem. It is as remote as if I were an archaeologist working with the kitchen midden of a 4,000-year-old city.

Prose is prosier. No high-flying language here. My urge to write fiction comes from the same part of my psyche that cannot resist eavesdropping on strangers’ conversations in airports, in restaurants, in the supermarket. I am a nosy person. My mother was an amazing listener, and she radiated something that caused strangers on buses to sit down and begin to tell her their life stories or their troubles. I have learned to control that part of myself, but I am still a good interviewer and a good listener because I am madly curious about what people’s lives are like and what they think about them and say about them and the silences between the words….

I always want to hear how the stories come out, what happens next, a basic urge all writers bring to fiction and one pull that keeps readers turning page after page. Another drive is the desire to make sense of the random, chaotic, painful, terrifying, astonishing events of our lives. We want there to be grand patterns. We want there to be some sense in events, even if the sense is that no one is in charge and entropy conquers; that all is illusion or a baroque and tasteless joke. Each good novel has a vision of its world that informs what is put in and what is left out.

For me the gifts of the novelist are empathy and imagination. I enter my characters and try to put on their worldviews, their ways of moving, their habits, their beliefs and the lies they tell themselves, their passions and antipathies, even the language in which they speak and think: the colors of their lives. Imagination has to do with moving those characters through events, has to do with entering another time, whether of the recent past or 300 or 500 years ago, in Prague or Paris or London or New York or the islands of the Pacific. It has to do with changing some variables and moving into imagined futures, while retaining a sense of character so strong the reader will believe in a landscape and in cities and worlds vastly different from our own.

Ideas for poems come to me any old time, but not generally ideas for revising poems. The notion that revising poems is a different process from revising fiction occurred to me on the treadmill, but I cannot imagine that I would ever think about actually revising a poem there. When I rewrite a poem, I go back into the space of the poem and contemplate it. I read it aloud. The only other time when I work on revising a poem is the first or second time I read it to an audience, when all the weak and incoherent parts suddenly manifest themselves big as the writing on billboards.

With fiction, since I live inside a novel for two or three years, the problem is letting go when I am done for the day. Ideas for what I am working on come in the night, in the tub, on planes, in the middle of supper. I keep a notebook on the night table, so that when an idea bombs in at 2 a.m., I will not get up and turn on the computer. One reason I learned to meditate was to control my fictional imagination and not let the characters take me over. Learning to let go except for those occasional flashes is central to keeping my sanity and my other, real relationships.

Marge Piercy is the author of seventeen novels including The New York Times bestseller  Gone To Soldiers; the National Bestsellers Braided Lives and The Longings of Women, and the classic Woman on the Edge of Time; eighteen volumes of poetry including The Hunger Moon and The Moon is Always Female, and a critically acclaimed memoir Sleeping with Cats. Born in center city Detroit, educated at the University of Michigan, the recipient of four honorary doctorates, she has been a key player in some of the major progressive battles of our time, including the anti-Vietnam war and the women’s movement, and more recently an active participant in the resistance to the wars in Iraq and Afghanistan.