So how short can a play be? 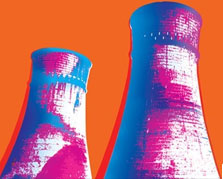 So my friend and long term collaborator Andrew Loretto, Creative Producer of Sheffield Theatres, emailed me, asking me if I’d like to write a play for him. A very small play. Tiny in fact. Five minutes long. One of twenty other tiny plays to be performed by Sheffield Peoples’ Theatre, for a cast of fifty, from teenagers to octogenarians. Of course I said yes.

Short plays are increasingly the thing. They’re cheap, quick and easy – appropriate for our cash-strapped times, perhaps, utilising the vast numbers of workshop graduates – be that from Faber Academy, university post-grad’, or a plethora of other courses currently crowding the market. I think we’ve never had a time when there was so much trained playwriting talent about – and so few opportunities. Our current situation seems even more precarious with Arts Council and city council cuts threatening our libraries, theatres, and  community cultural engagement projects (Harriet Harman stopping Newcastle from cutting their arts budget by 100% is a recent case in point).  I dearly hope that the small self-producing companies and festivals I’ve seen mushrooming up over the past few years survive. So many offer rehearsed readings, or an evening of short plays, which can be efficient in showcasing the talents of several.

In the case of Sheffield Peoples’ Theatre, it is twenty writers – from absolute beginners through to invited professionals like me. It is a typical Andrew Loretto project – creative, conceptual, fun, and throwing open the doors of  what can sometimes feel like the fortress of establishment theatre. Andrew has a massive cast in Sheffield Peoples’ Theatre, and is always up for a challenge. The forthcoming production will present twenty 5 minute plays, from music theatre to monologues, all focusing on contemporary Sheffield, creating a mosaic of snapshot experiences which together may well reflect the many faces and concerns of the city.

I was at University at Sheffield during the Miners’ Strike in the 80’s and got to know the city again well last year, when Andrew directed LeanerFasterStronger, a play I was commissioned by Chol theatre to write, and a co-production between Sheffield Theatres and Chol, part of imove, the cultural Olympiad. Andrew suggested we keep to the sporting theme, so I sat back and asked myself: what could I do in five minutes?

What follows are some of my thoughts:

The very short play has many pitfalls. It’s very easy to fall into comedy sketch routines, or blunt three act structures, where a crisis is manufactured and then magically resolved within a few unbelievable minutes. There can be a tendency towards melodrama, skits, or Victoria Wood soliloquys. This is fine if that’s your intention, but disconcerting if you find your tone, creativity and form suddenly mutating into something alien to your usual work simply because of time.

Trying to write a play which fits into a short span of time can end up too thin, or predictable, formulaic, horribly arch, and incomprehensible. It can also be one of the most marvellous tasks to take on – to be concise, imaginative, brief and yet satisfying. It is a haiku in dramatic form.

So how short can a play be? How much can we conceivably and coherently pack into a handful of minutes? Do we have to give a beginning, middle, or end – or can it be a trace of a moment, a fragment of life – or would that simply be infuriating for the audience? Surely a short play invites experimentation – exploring a different voice, or form? The question of narrative is also tantalising: Do we create something full and complete, or is this an opportunity to play with chronology and content? And how individual and complete should each bead of five minutes be when we know it will be preceded and succeeded by other beads of five minutes? I am tantalised by the notion of what dramaturgy Andrew will use when creating the running order for the twenty shorts – he has deliberately kept us in the dark as to other contributors’ content – what unites us is the city of Sheffield, now.

After my many deliberations about how to approach this project and what to write (and yes, the shorter something is, the longer the thought process behind it, it seems…) I decided to seize this as a wonderful opportunity to write a choral piece for fifty inter-generational voices – a chance I will probably never have again in my career, to write for such a large and diverse company. It is an interweaving of several texts and choruses, with a nod towards local Olympic golden girl Jessica Ennis. It’s rich in dialogue and dialect, with a deliberately absurd title which will probably never be seen beyond the script in rehearsals and  on this blog: Shim-shams for blind hummer birds. And it’s been a blast.

After the success of their inaugural production, Lives in Art, Sheffield People’s Theatrepresents a compilation of five-minute plays, written by twenty writers, old and new, spanning a range of performance genres.

Full of dramatic, quirky and surprising perceptions of Sheffield in the twenty-first century,20 Tiny Plays about Sheffield is an eclectic mix of what we all love… or hate about our seven hills and the people that know them.

Posted in on performance, on writing 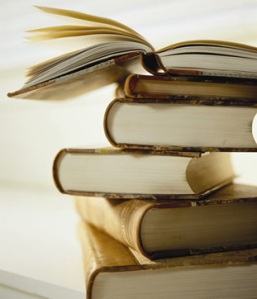 A few more provocations on the writing life…

142).  If you’re actually allowing your creative part to control your writing rather than a more commercial instinct or motive, then you’ll find that all sorts of interesting things will bubble up to the surface.  (Emma Thompson)

143).  You will have to write and put away or burn a lot of material before you are comfortable in this medium. You might as well start now and get the necessary work done. For I believe that eventually quantity will make for quality. How so? Quantity gives experience. From experience alone can quality come. All arts, big and small, are the elimination of waste motion in favor of the concise declaration. The artist learns what to leave out. His greatest art will often be what he does not say, what he leaves out, his ability to state simply with clear emotion, the way he wants to go. The artist must work so hard, so long, that a brain develops and lives, all of itself, in his fingers.  (Ray Bradbury) 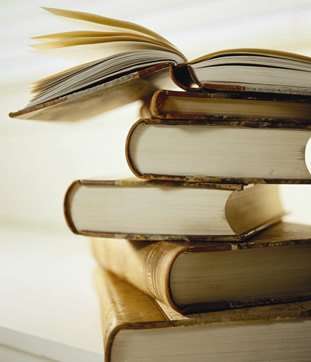 A few more shots in the arm from published writers on process and making fiction, and a life.

137).  The only story that seems worth writing is a cry, a shot, a scream. A story should break the reader’s heart.   (Susan Sontag)

138).  Keep human.  See places, go places, drink if you feel like it. Don’t be a draught horse! Work with pleasure only.  (Henry Miller)

139).  Language is lazy, it wants to revert to what’s obvious, to what’s been said before, to short cuts to seeing (blue sky, torrential rain, a kindly old lady, and so on). The writer is pushing back against that inertia in expression all the time, refusing the package of familiar associations that offers itself, refusing the comfort of easy moralising, refusing the well-worn perspective.  (Tessa Hadley)

I’ve had some great conversations on the creative process since posting ‘To learn, first make a really good mess’ – and when I saw this on brainpickings.org, I couldn’t resist reproducing it.
Part of the process of writing, as well as living, seems to be making sense of the confusions that beset us, or that we create. I was talking with my friend and fellow writer Sandra Bendelow today, and much of our discussion was about having the patience to ride out the periods of confusion when writing, of trusting that the murk will clear and clarity will follow. We agreed this came with experience, for often when in the  eye of the storm that is drafting and redrafting, courage and faith (in the work and the artist’s ability) can be lost.
This artwork by Lisa Congdon, reproducing a quotation from Anais Nin’s journals seemed timely….
For further information on both Anais Nin and Lisa Congdon, to read the original post on brainpickings, or even buy a reproduction of the above, please follow the links below: